Toilet-friendly municipality of Zeeland is Veere

Friday 19 November 2021 was World Toilet Day. On this day, attention is paid to the importance of good sanitation and access to clean and safe toilets for all.

There is work to be done in the Netherlands, because recent research has shown that one in five people regularly stays at home because of a lack of toilets. We can therefore say that there is a social problem. In order to draw attention to this problem, we annually announce the well-known ranking of "the most toilet-friendly municipality in the Netherlands" on World Toilet Day. But not only on World Toilet Day should attention be paid to (the solution of) this social problem. As far as we are concerned, it should always be on the agenda. That is why we zoom in on one of our 12 provinces every month, giving an insight into how the municipalities within that province are doing.

The ranking of the province of Zeeland

The complete ranking of the municipalities within the province of Zeeland is given below. You can read the list as follows:

Position within province / name of municipality / position on the Dutch ranking list (max 1,000)

Veere Municipality has been working for some time to increase the number of public toilets. In recent years, the number of municipal public toilets has doubled from 9 to 18. All public toilets are free of charge and accessible to everyone every day. We think it is very important for our tourists to know where they can go in case of an emergency. That is why we have joined HogeNood, so that tourists can find the public toilets and their facilities more easily through this app. - Roderiek Gaakeer, Accomodation management municipality of Veere

The number of inhabitants per toilet

In order to paint a clear picture of the need for more toilets in the municipalities of the province of Zeeland, we have broken down the number of inhabitants per toilet in each municipality. We would like to emphasise that visitors and tourists to the municipality are not included in this figure.

The number of people who have to share a toilet is one of the 6 indicators on which the national ranking is based. Every month we communicate the number of inhabitants per toilet of all municipalities within the province that is in the spotlight at that moment via our newsletter. Do you want to be the first to receive this data in your mailbox every month? Then sign up for it at the end of this article!

When you consider that it is possible for every municipality to achieve a total of 1000 points, it becomes clear that most municipalities in Zeeland still have a lot to achieve. For every municipality there are more than enough feasible possibilities to become more toilet-friendly and therefore not only more inclusive, but also more hospitable. Even for the number one municipality in the province of Zeeland, this is the case. With the efforts that are currently being made, there is a good chance that we will see them return to an even higher spot on the list next year.

A number of ways in which municipalities can become more toilet-friendly are as follows:
1. Think of the library, the police station, the sports hall, a community centre, etc.
2. Placing public (seasonal) toilets at busy locations.
3. Asking local businesses if their toilets can be made public for passers-by.
4. Making the toilets easy to find by:
- Becoming a partner of HogeNood, registering toilets and keeping track of the dates in the HogeNood CMS
- Placing signs at locations that lead to the toilet
- Placing toilet stickers at toilet locations to make them extra visible for passers-by
5.


Become a toilet-friendly municipality? Please contact us. We can help with tips, ideas and materials.

The complete ranking of toilet-friendly municipalities of the Netherlands 2021

For those of you who would like to find out where your own municipality has ended up,'Complete ranking of all 352 for World Toilet Day 2021' is an interesting article. In addition to all the figures, it also states which indicators were used to compile the list. We have also put a map online that gives an insight into the proximity of all the toilets registered in the HogeNood app.

Monthly updates on each province via the newsletter

From now on, we will be publishing an article every month focusing on one of our 12 provinces. If you want to be the first to know about the most toilet-friendly municipality of each province, sign up for the newsletter at the bottom of this article. That way you can be sure to get the latest list in your inbox as soon as it is published!

Note: The dates used in this article are a snapshot of World Toilet Day 2021, it is possible that changes have occurred in the meantime. 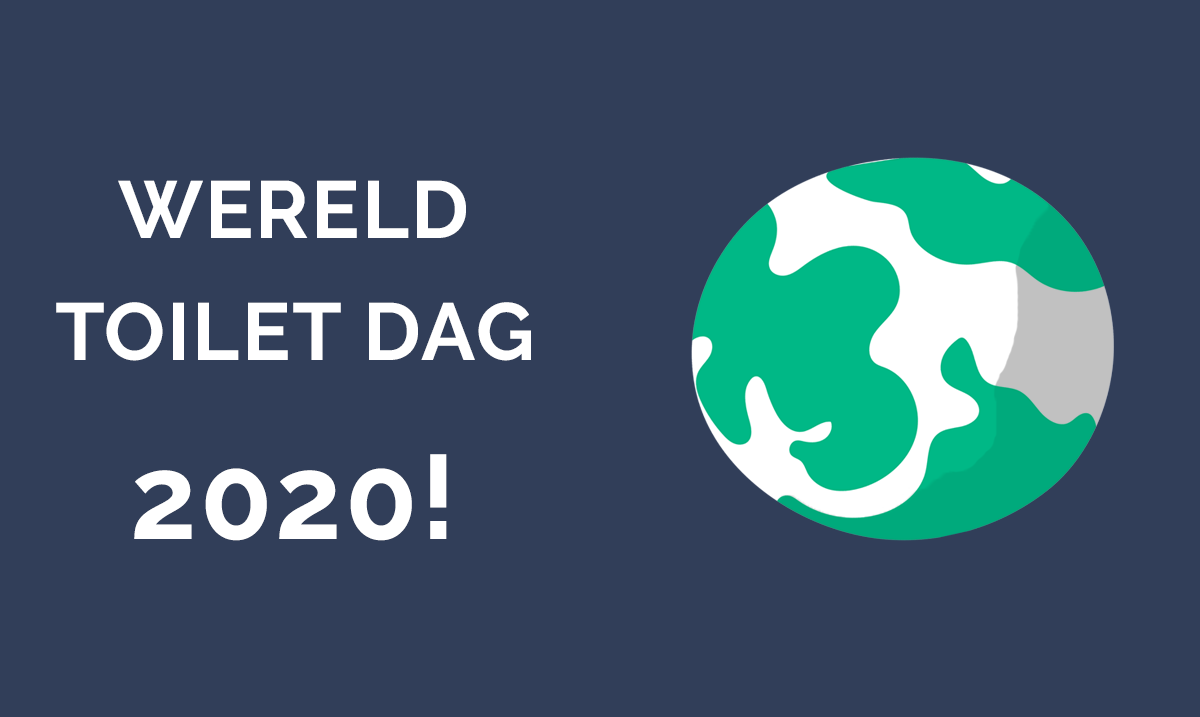 World Toilet Day 2020 - the establishment of the rankings